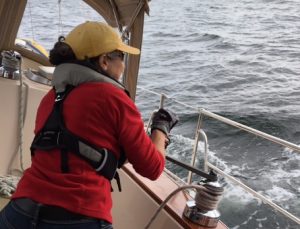 Adjusting the sail to the wind.

It is to command the boat, and her crew. It means that the decisions to be made are the skipper’s. Decisions as small as heaving to for a lunch break during a daysail and as big as taking the boat across an ocean. Most of the decisions are somewhere in between on that sliding scale of importance – to go or not to go on any given day (given the conditions), when to replace the battery bank (assuming they haven’t simply gone dead), how much sail to put up (given the conditions and the forecast and the experience level of the crew), to go through a tide gate a little early or to wait (given a reading of the water), when to change the raw water impeller (assuming it hasn’t failed), and how much anchor rode to deploy (given the depth of the anchorage, the wind, the forecast, and how many other boats are there and how close they are).

The day is filled with one decision after another, just like all our days are, but intensified.

These decisions can mean the difference between dragging anchor or not, the engine running or not, the crew getting seasick or not, and even, in the extreme, life and death. Being in command doesn’t mean not listening to others’ input, but it does mean that the final decision is the skipper’s. Period. To skipper is to be responsible – for the safety of the ship, and more importantly, her crew.

I was first mate for eight years, with a skipper who was an excellent sailor and had studied Kagán’s systems until he could fix the plumbing standing on his head (which, if you have a boat you know, is often a necessity in the small spaces the systems are crammed into, but that’s another story…). I admit that as I gained experience there were times I questioned my skipper’s judgement, sometimes silently and sometimes not. My late partner, Jerry, despite being an accomplished skipper, sometimes seemed indecisive to me. And I didn’t understand why. I had complete confidence in him and I wondered why he didn’t.

Most days the consequences of a skipper’s decisions aren’t big. But not all days are most days. Big things can, and do, go wrong, even on small boats. What looks like indecision may be the skipper waiting for one more piece of information that will make her feel sure about, or at least more confident, in whatever decision is at hand.

Last sailing season, I made a series of decisions, and mistakes, leaving a dock in heavy wind. It resulted in an injury to my first mate. It’s too close, the mental images too vivid, to write about (I will just say that, thankfully, my injured crew has recovered). In a way that I never did before, I now understand the consequences of my decisions. The decision to slip the dock lines that day, because there was a check-out time at the marina, despite boats having been moved into positions that made Kagán’s departure precarious, was my first mistake. I have played the scene over and over in my mind.

I’ve tried to learn that day’s lessons (which are many) and let go of blaming myself (which lingers).

In some posts, I’ve eschewed metaphorical leaps, but here I won’t. The leap from commanding Kagán to commanding my life. Decisions must be made – to not make a decision is to make a decision, because something will happen either way. I’d rather take command, make my decisions, and undoubtably my mistakes, in life, as I have on Kagán. I choose to live with those consequences, and to learn the lessons.

Living one of those lessons today, as I’m posting this while we sit out a Southeaster. We’ll head north to Desolation Sound after it blows through. 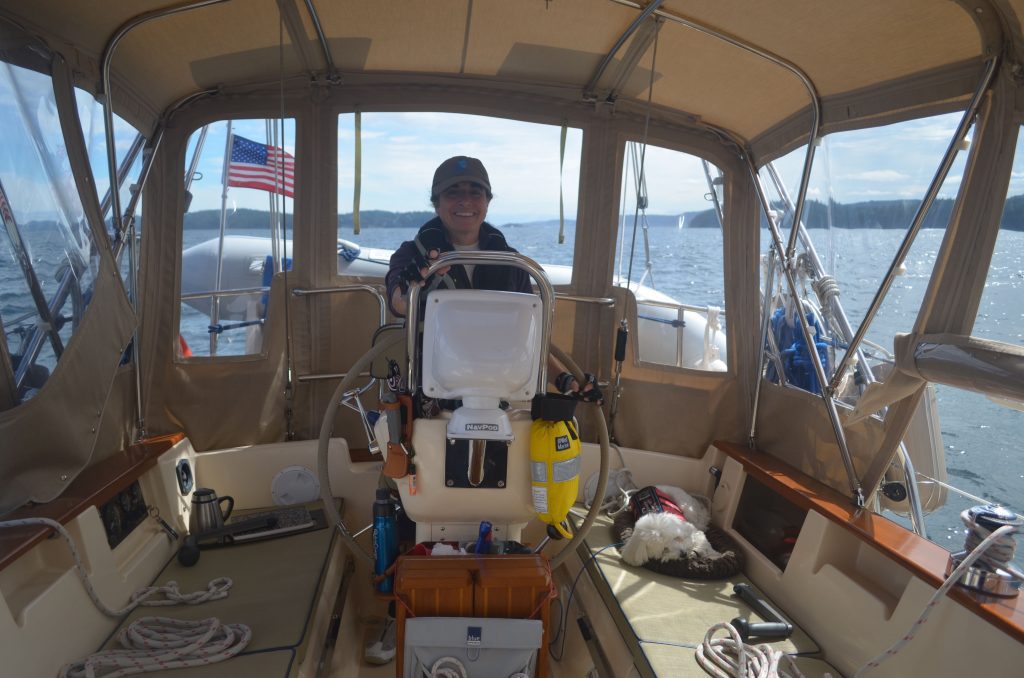 WHAT DECISIONS, OR MISTAKES, HAVE BEEN YOUR GREATEST TEACHERS? 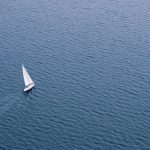 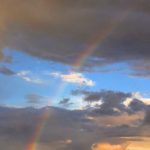