The trail is where I have calmed the clenching in my heart these past months. This morning, I ventured out in search of that, in the aftermath of yet another loss this tragic year—that of Ruth Bader Ginsburg, a revered champion for equality. I wandered up the far reaches of an arroyo, and before turning for home, looked toward the mountains, a view usually so clear it helps me find my own clarity, but today is shrouded in smoke. Enough to dry my throat and sting my eyes. No clarity to be had. Perhaps today’s hike would simply be an exercise in putting one foot in front of the other, and that would have to suffice.

I’m seeking direction in these days filled with smoke, and fear—in how to make a difference in diversity, equity, and inclusion in the geoscience profession, and in finding what actions are my right actions as we near the most important election of my lifetime. Though I knew exactly where I was in the foothills, I felt lost.

Diverting from the contour I’d followed, I dropped into another arroyo headed down (and away from the solitude of the hour or two I give myself most days toward the waiting to-do list, which I also give myself most days). Within a few steps, a shadow and the whoosh of wings passed overhead. A crow, not flying terribly low (as they will sometimes), and still I could feel the air it moved wash over me, the pulse of its wingbeats in my chest. With that, a wave of resolve filled me. A rush of thoughts followed. And, at least for this moment, this day, I know my direction.

I started my career when only ten percent of the geoscience workforce were women—I was asked if I planned to have children in a job interview (yup, illegal for a few years by then, and still they asked); I spent weeks working 14-hour days to prepare an operations plan for a complex project (one in which I would lead the field effort) only to be ordered by the client to go get the coffee at the break (because that would have to be the job of the only woman in the room); and I’ve heard men praised for being ambitious, while I was told to ‘tone it down’ (that’s right, what’s assertive for men, is aggressive for women). Never sexually assaulted, I was ‘handled’ in ways that would be fireable offenses now.

It’s no mistake I chose to spend two-thirds of my career working for and by myself. Only now, in that career’s twilight, am I acknowledging some of the deeper reasons for my choices. After nearly four decades, I’m letting myself feel the anger I stuffed so many times, to not be labeled difficult to work with (when, no doubt, for a man it would have been labeled as standing up for himself). Some days I seethe, but more days I channel that ire into action. I can use what I know and how I have felt to fight for a more fair future, in the geosciences, and in society.

‘Atta-girls’ are nice enough, but a smoke screen—where’s the equal pay and equal opportunity? It is well past time for true equality, but I don’t expect to see it in my lifetime. Still, I will take off and fly in that direction. Even small wingbeats will move me forward, and shift the air around me. Maybe you’ll feel it.

What are those wingbeats to be? For me, for now—contributing to and volunteering for candidates who stand for justice, equality, and protecting the environment; sending “Get Out to Vote” postcards and letters, looking inward at my own unconscious biases and bringing them to light, to shed or to harness; and participating in the Association of Environmental and Engineering Geologists’ effort to be more diverse, equitable, and inclusive. What are yours?

“Real change, enduring change, happens one step at a time.” 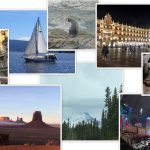 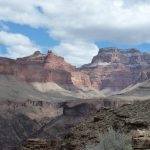