The Sculpted Sandstones of Sucia

In the San Juan Islands of Washington state, there are many lovely anchorages to drop a hook. Some would say Sucia Island is one of the loveliest. Part of a three-island marine state park, it has trails, campsites, mooring buoys, and anchoring room galore. It’s also a great playground for a geologist.

The horseshoe shape of the island tells part of its geologic history; sedimentary strata, which were originally flat-lying, underwent tectonic compression shaping first a syncline (a big U-shaped fold), then further compressive forces tilted it forming what geologists call a plunging syncline, and what sailors call the big, beautiful anchorage of Echo Bay.
. 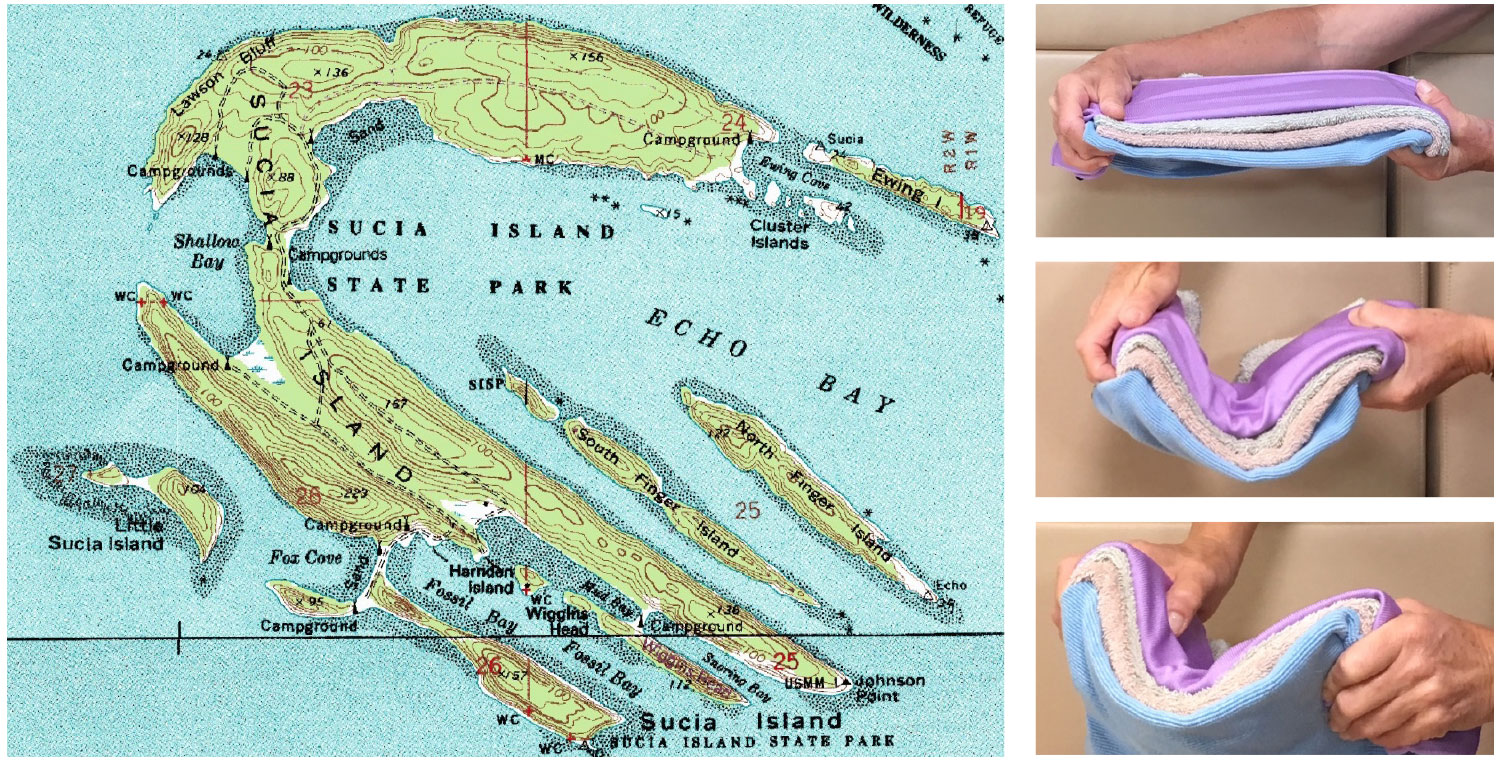 But it’s the striking sculpted sandstone cliffs that draw so many to Sucia. The “carving” that looks like intricate modern art is known as honeycomb weathering, for obvious reasons. Three specific conditions are needed for this type of weathering to occur: soluble salt, as in seawater; porous rock, like the Chuckanut Sandstone which comprises most of the bedrock on Sucia Island; and alternating cycles of wetting and drying, as in tides flooding and ebbing. 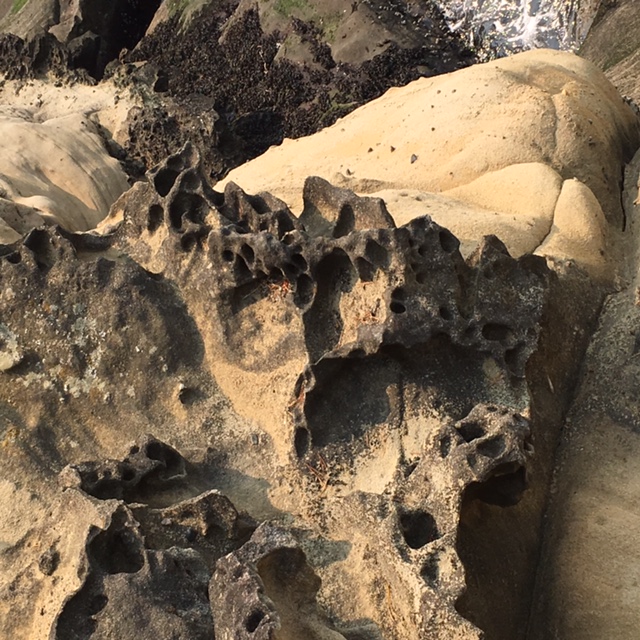 The Chuckanut Formation sediments were deposited by a meandering river 50 million years ago. There were several depositional environments along the river, including braided streams, point bars, and oxbow lakes, resulting in numerous rock types within the formation – conglomerates to sandstones to siltstones.

To create the intricate weathering pattern, seawater is absorbed into the porous sandstone, then evaporation causes expanding salt crystals to wedge sand grains apart. As cavities develop, microscopic algae find a sheltered environment in which they can thrive on the walls of the cavities. The coating of algae slows weathering on the side walls, so the divots deepen, making the honeycombs more and more dramatic. Understanding how these sculpted sandstones form, makes me appreciate their beauty all the more.
. 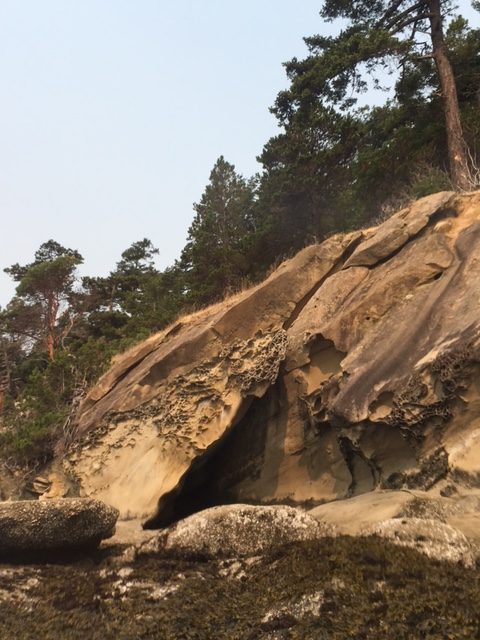 Showing signs of weathering myself, I can’t resist the metaphor of time and erosion sculpting us into more beautiful shapes than we were before.

What metaphors resonate for you? 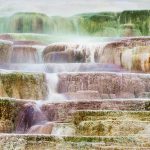 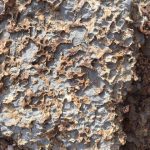