Most geologists I know have desks and shelves in their offices and homes littered with rocks and minerals. We’re perpetual kids who never give up our rock collections. One morning in the late ’80’s, I stood beside the desk of my officemate, Mike. He was telling me about his groundwater modeling project and I was updating him on the Superfund Remedial Investigation I was working on. While we talked, I idly picked up, looked at, and put down the various rocks lined up on his desk.

I lifted a quartz crystal at the end of his row of rocks. It was between three and four inches long, clear at one end, cloudy at the other. It wasn’t perfect, having a concoidal fracture where a crystal face should have been, but it was pretty. I weighed it in my hand, it fit neatly in my palm. My hand began to tingle. We continued to chat, and the sensation intensified as I held the crystal.

I interrupted our conversation to tell Mike what was happening. He smiled and said something about quartz having electrical impulses ala quartz crystal timing in watches.

With a little research, I learned that the frequency at which a quartz crystal oscillates varies depending on its shape, size, and the crystal plane it’s cut on. There’s lots of information out there on how quartz crystals are used in modern timepieces. Briefly, quartz is accurately cut into a small tuning fork shape on a particular crystal plane so it oscillates at 32,678 hertz. If you’re old enough, you’ll remember when you had to wind your watch every day, those were mechanical watches. Quartz crystal timing is at least an order of magnitude more accurate than mechanical timing.

In the case of the uncut chunk of quartz on Mike’s desk, the shape and size and crystal plane just happened to resonate with my frequency. 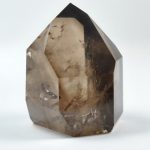 Quartz is not an unusual mineral, in fact it’s one of the most usual minerals around. It’s abundant in the Earth’s continental crust, second only to the family of feldspar minerals. Most everyone has some sense of what quartz looks like. There’s microcrystalline quartz – like chalcedony, agate, onyx, and jasper, to name a few. There’s macrocrystalline quartz – sometimes called rock crystal (clear), rose quartz (pink), amethyst (varying shades of purple), and smoky quartz (varying shades of brown and gray), to name a few more. I imagine almost everyone reading this has at least one piece of quartz, and that’s outside their watches. 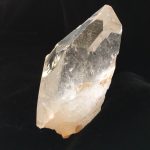 One of mine makes my hand tingle. Thirty years and three moves later, I still have it, it still works, and it still feels like the coolest thing ever (Thanks, Mike!). Knowing the science doesn’t diminish my delight in the least.

What resonates with you? 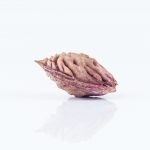